A fast-growing and award-winning community organisation which helps armed forces veterans in Sunderland is about to launch an appeal for funds.

Veterans in Crisis Sunderland (VICS), a community interest company, plans to buy a building in Roker to serve as its base, a drop-in, therapy centre, podcasting studio and emergency accommodation for veterans in need.

The building is owned by VICS’s training partner, Springboard North East, and they are renting it until they have the money to buy it. It is called the ERV, after Emergency Rendezvous – the safe space that troops on patrol designate in case anything goes wrong.

VICS won the opportunity through the Aviva Community Fund to launch a crowdfunding campaign. It is open to all, and each of Aviva’s 100,000 staff have been given tokens worth £15 to back their chosen campaign.

VICS is aiming to raise £15,000 over two months towards the £120,000 cost of the building. The campaign, which launches today with the  hashtag #veteranshelpingveterans, has already had support from a number of local and national celebrities including Ross Kemp: click here

The campaign launches on Wednesday 4 March 2020. To find out more – and to donate – go to: https://avivacommunityfund.co.uk/veteranshelpingveterans 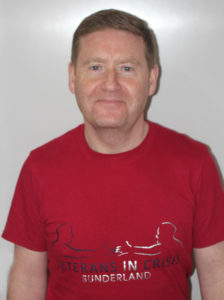